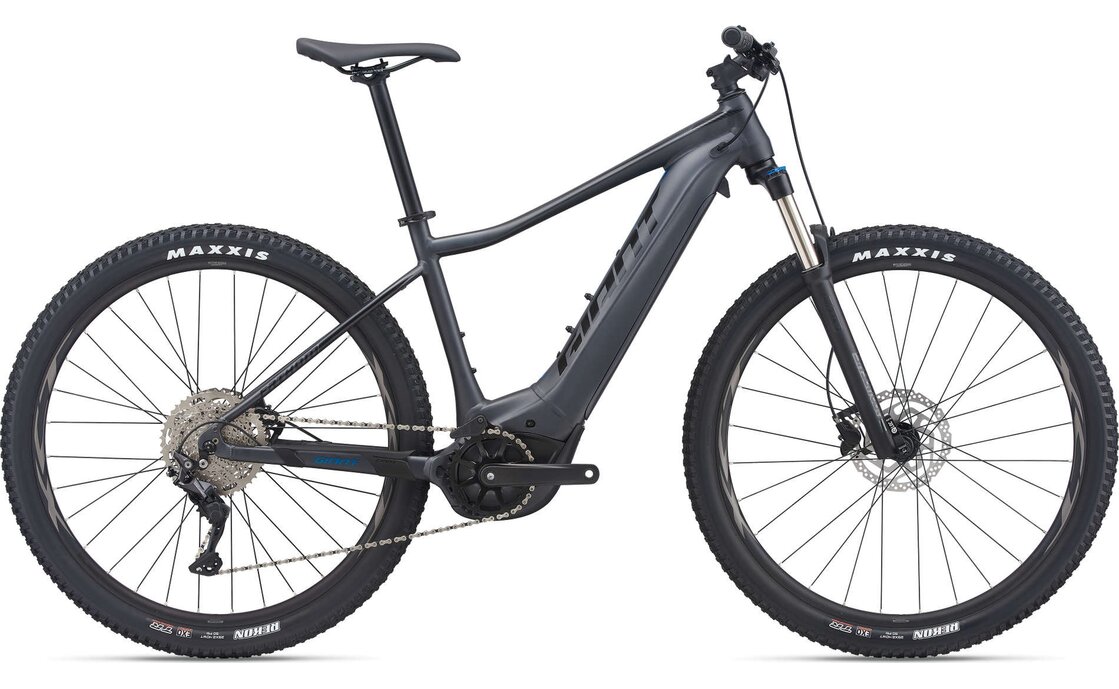 With its Fathom series, the Taiwanese manufacturer GIANT raises the bar for entry-level hardtails a good deal higher. The Fathom comes with a spec that’s hard to find on bikes in this price range.

The robust aluminum frame and modern geometry ensure plenty of riding fun on the trail. The lively all-rounder also impresses with an excellent driving experience in cross-country terrain.

GIANT equips its Fathom series with shifting and braking systems from the experts Shimano. The light suspension forks from Suntour or RockShox save weight and react sensitively on all surfaces.

Whether on the single track or on the marathon trail – the GIANT Fathom is the perfect companion for entering the world of mountain biking.

The GIANT Fathom offers concentrated hardtail power. Whether off-road or on the road – thanks to the light AluXX SL aluminum frame with its sporty geometry, the driver sits more stretched out. This creates better acceleration and teaches the competition not only on the racetrack to fear.

The cables are routed inwards. This saves space and gives the Fathom a pleasantly unobtrusive look. The Shimano shifting system always reacts precisely, even with fast, hard shifting. The wide shift pattern ensures optimal performance, which is additionally supported by the suspension fork from the manufacturer Suntour. B

raking is also done with Shimano. The hydraulic disc brakes react snappy, even on the wet or muddy ground, and bring the bike to a standstill even with rough braking.

GIANT has also taken care of the right tires: The Fathom bikes run on tubeless MAXXIS Ardent tires, with which the risk of a flat tire is practically zero.

The GIANT Fathom at a glance

Thanks to the stiff 27.5″ or 29″ AluxX SL aluminum frame with its optimized geometry, the Fathom scores equally well on single trails and XC routes with an excellent driving experience.
The OverDrive head tube, an integrated Postmount disc brake mount, and a BB92 PressFit bottom bracket shell complete the list of high-quality frame components that make the GIANT Fathom an off-road all-around talent.
Last but not least, thanks to the internal cable routing, the bike also looks really good.

As usual, GIANT relies on the quality of the Japanese master Shimano for its rear derailleurs.
The Dyny-Sys-speed-drivetrain derailleurs of the Fathom series are characterized by their high efficiency and durability. The system reacts precisely and reliably, even with fast gear changes.

The GIANT Fathom comes with either a Suntour fork or a RockShox fork. So even on extreme trails, there is no shortage of riding fun. With the help of the remote lockouts, the forks can be easily locked using a lever on the handlebars

The hydraulic disc brakes also come from Shimano and react precisely and with strong gripping power. In this way, the Fathom always comes to a precise standstill. In contrast to classic rim brakes, braking behavior is not affected by wet, ice, or snow.

The MAXXIS tires score with first-class grip and their quick response. Another plus point: They can also be ridden tubeless.

We use cookies on our website to give you the most relevant experience by remembering your preferences and repeat visits. By clicking “Accept”, you consent to the use of ALL the cookies.
Do not sell my personal information.
Cookie SettingsAccept
Manage consent

This website uses cookies to improve your experience while you navigate through the website. Out of these, the cookies that are categorized as necessary are stored on your browser as they are essential for the working of basic functionalities of the website. We also use third-party cookies that help us analyze and understand how you use this website. These cookies will be stored in your browser only with your consent. You also have the option to opt-out of these cookies. But opting out of some of these cookies may affect your browsing experience.
Necessary Always Enabled
Necessary cookies are absolutely essential for the website to function properly. These cookies ensure basic functionalities and security features of the website, anonymously.
Functional
Functional cookies help to perform certain functionalities like sharing the content of the website on social media platforms, collect feedbacks, and other third-party features.
Performance
Performance cookies are used to understand and analyze the key performance indexes of the website which helps in delivering a better user experience for the visitors.
Analytics
Analytical cookies are used to understand how visitors interact with the website. These cookies help provide information on metrics the number of visitors, bounce rate, traffic source, etc.
Advertisement
Advertisement cookies are used to provide visitors with relevant ads and marketing campaigns. These cookies track visitors across websites and collect information to provide customized ads.
Others
Other uncategorized cookies are those that are being analyzed and have not been classified into a category as yet.
SAVE & ACCEPT
Powered by